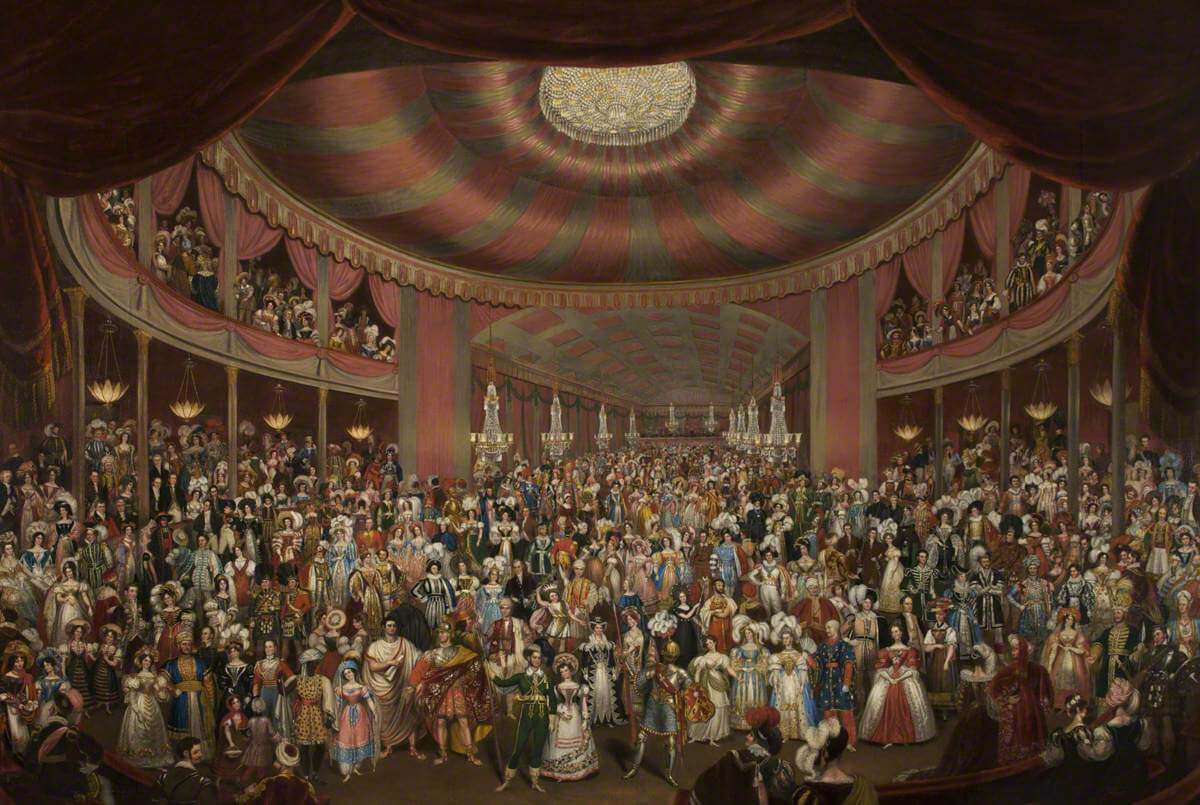 What was the Fancy Dress Ball? 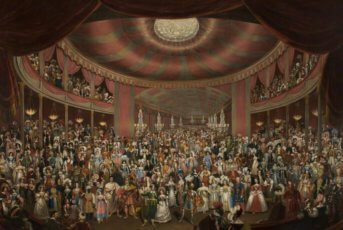 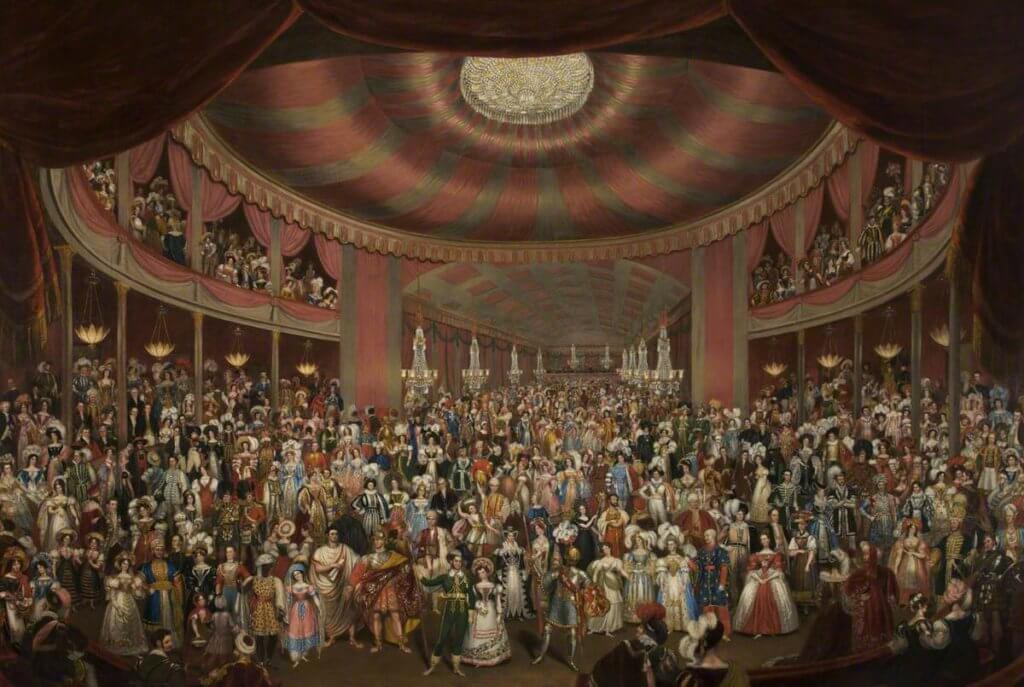 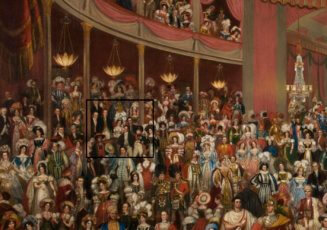 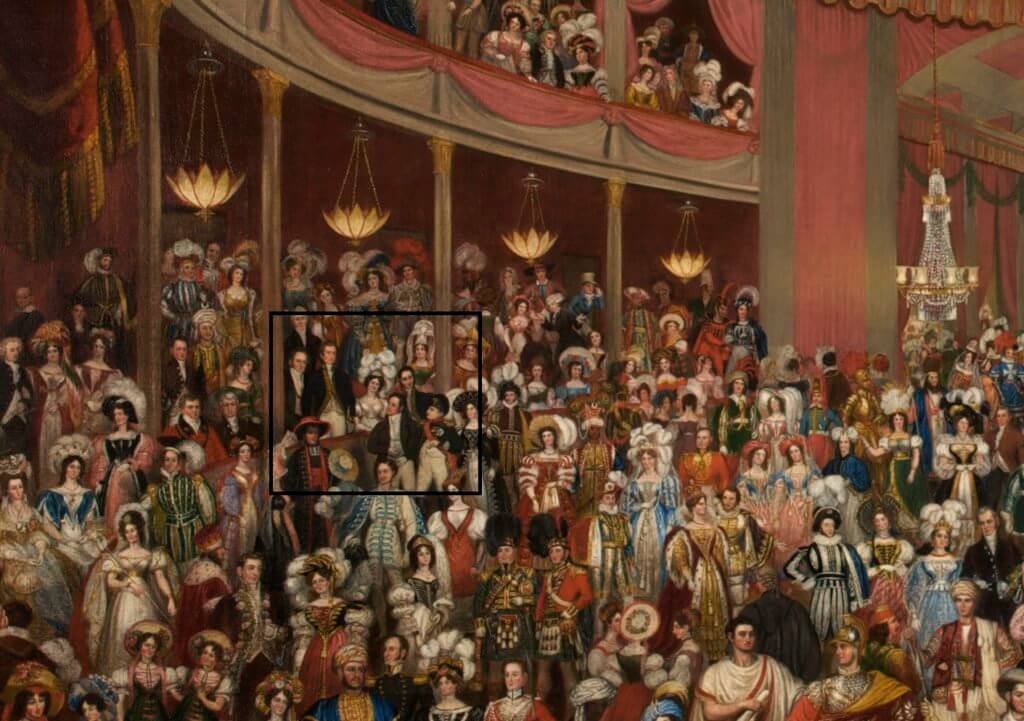 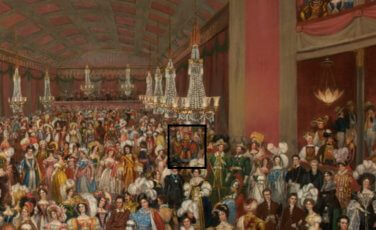 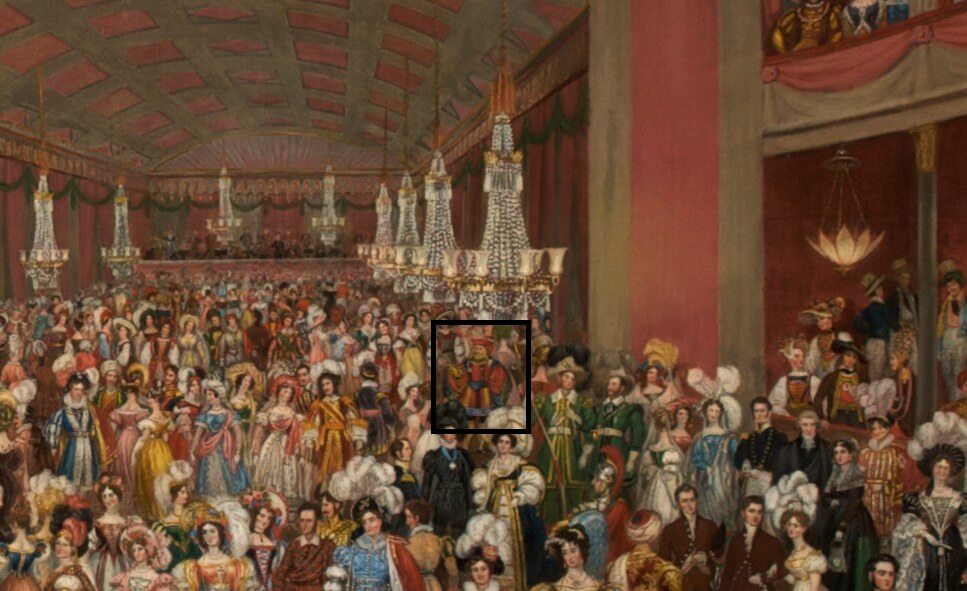 In 1828, the growing Industrial city of Manchester decided to hold a ‘season’ to start to rival the established balls held in London at the time. They held a music festival and at the end of the festival, a fancy dress ball.

Manchester’s Fancy Dress Ball was located in the Theatre Royal and Assembly Rooms which was on Fountain Street. Sadly this building burnt down in 1844.

The ball was attended by around 3500 people, 300 of these paid to be included in this painting.

All of the people you see in this painting were real people who attended the ball. The artist, Arthur Perigal, had a team of apprentices working on the painting, and sittings were held before the event to capture the costumes and poses. The painting was a speculative venture which he hoped to sell afterwards.

It looks as if the painting was altered over time and made bigger as there are extra strips of canvas added to the edges and the perspective of the painting is not quite right.

Unfortunately, maybe because of its large size, nobody bought the painting. Instead it was raffled off. A Mr Peacock won it, he had attended the ball as the knave of hearts and can be seen centre back of the painting. We suspect that after he won the raffle, the artist repainted him slightly bigger and facing directly forward as he seems to stand out.

Mr Peacock could not fit the painting in the house so donated it to the Museum shortly after we opened, were it hung on display for some time.

In the 1990s the painting was restored.

The Napoleon costume we keep in a case next to where this painting hangs in the museum was worn by someone who attended this ball. In the painting he is stood next to Robert Peel. Peel would go on to be prime minister a few years later.

Have a good look at this painting and think about the following questions:

Design your own fancy dress ball costume! It could be a modern day character from a book, film or comic! Or an older character from a fairy tale, nursery rhyme or myth! Think about what kinds of materials you would use too!

Here are some character ideas:

Write a letter from the artist Arthur Perigal to a friend living in the country. Explain the trials and tribulations of creating such a painting. Think about the following:

Can you imagine what a ball like this would be like today? What you would eat, drink, how you would get there, what sorts of conversations you would have? Now have a think and do some research about what these things would have been like in the year 1928. In 100 years have many things changed?