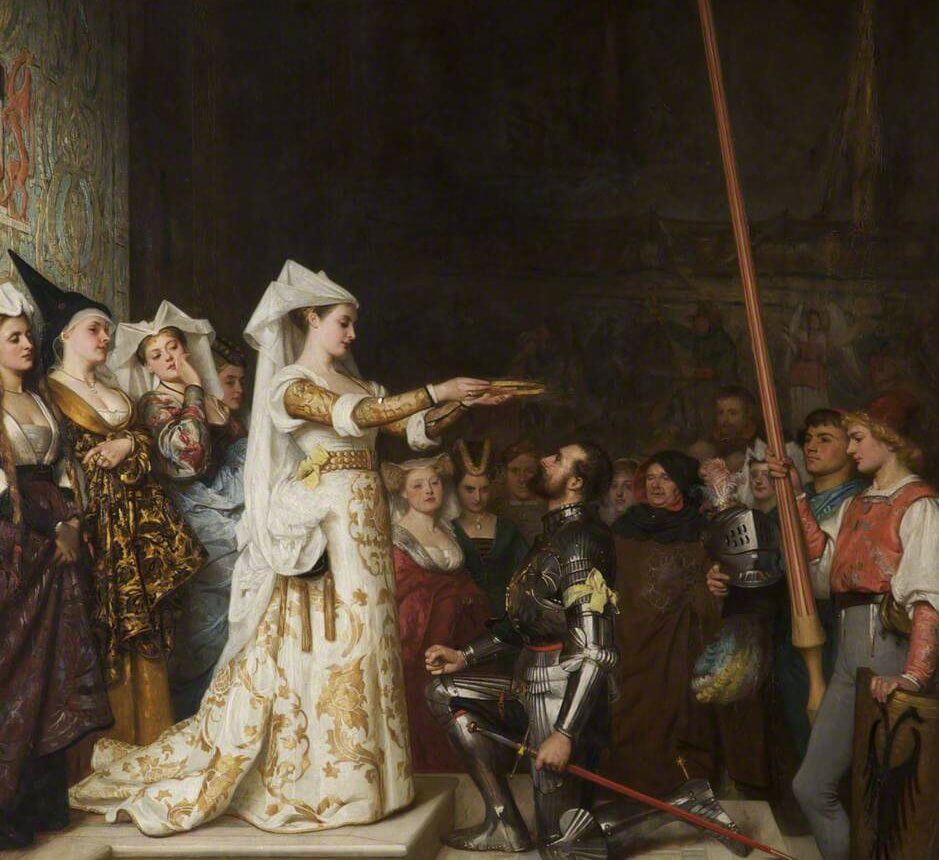 Queen of the Tournament

Phillip Hermogenes Calderon, the artist who painted Queen of the Tournament was an English painter of Spanish and French descent.  He studied art in London and Paris.

He was one of the founder members of the St John’s Wood Clique.  These artists specialised in historical or biblical scenes depicted in a romantic or dramatic light.

In this painting the knight on his knee has won his battle and then chosen a queen to crown him. This explains the faces of the women behind her who perhaps wished he had chosen them!

Have a good look at this painting and think about the following questions:

Also have a think about practical things like how you would create perspective on a stage and how you would make sure everyone could be seen!